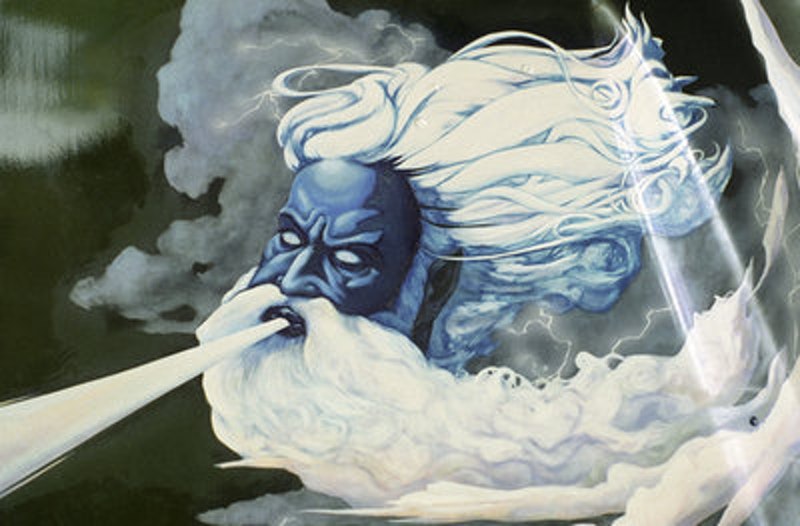 As I am sitting here indoors with the blistery snow blowing around outside I have to wonder how much longer will this freezing snow last! I am reminded of what my father used to say when I was a little girl, “Its all up to old man winter and let’s hope he is ready for a vacation soon enough!” It brought strange images of some old man throwing snow and ice over the Midwest- who was this mysterious old man and what did he have to do with the winter season??

The phrase, “Old Man Winter” is a personification of the winter season. It is a symbolic phrase that is often used to describe the incoming cold weather, chill, and storms associated with the winter season. All throughout history, people have had an immense fascination with weather. I would prefer to find some warm winter vacation ideas I can visit these days, but I must admit that I do enjoy a good snow storm every now and then and a visit from the Old Man himself!

Many terms and phrases have been used to describe weather-based events in mythology, various religions, and basic stories passed on from one generation to another. In this brief guide, you will learn how the humanization of the coldest months of the year came to exist.

In order to truly understand how “Old Man Winter” came to be, we must start with the Ancient Greeks. It was this culture that first personalized the weather-based elements by stating and believing that they were created by beings that held a high level of divinity. All of the meteorological-based forces had a specific name and was worshiped by the Greeks. In fact, there was a special story used by this culture to describe all of the seasons that existed throughout the year:

….It is said that the goddess named Demeter had a daughter. Demeter was considered to be the divine ruler associated with the harvesting of the lands. One day, her beloved daughter, whose name was “Persephone”, was kidnapped by the lord associated with the Underworld, Hades. Demeter was devastated about her daughter’s kidnapping and became completely despondent. She no longer cared to or was capable of caring for the lands where the harvest typically abounded.

That resulted in the onset of the winter season. Eventually, Demeter made a deal with the evil lord Hades. He agreed that Persephone could return to the Earth to be with her mother for 6 months each year. When this happened, the lands thrived. These 6 months marked spring and summer. Unfortunately, after those 6 months, the daughter had to return to Hades. This marked the fall and winter seasons….

As time progressed, the Greeks believed that a specific god ruled over the wind that flowed from the north. The name of this god was, “Boreas”. In all of the art of the time, this god was depicted as an extremely old male. It was believed that he had a short temper and a very harsh personality. He was believed to be the one god that brought the winter and brought in the cold. The severity of the season would heavily depend on his temperament that particular year.

According to legend, this strong deity would wage war against the ruler of the summer. This deity was known as the “Holly King”. The Oak King would win the battle and would reign over the fall and winter months; however, though a challenging time of the year, it was believed that his rule, ultimately, led to the spring and summer months – in which life abounded.

The Norse culture had their own opinion regarding winter. Ullr was the god associated with winter in their culture. This deity was the son of a magnificent frost giant. During the winter, it was believed that the god Odin would leave and Ullr was responsible for ruling Asgard. Most believed that Ullr helped to compensate for the extremely short days of winter and the darkness that prevailed over the land by creating the ever-popular and awe-inspiring northern lights.

Fast Forward to the Future

The “Old Man Winter” personification has become the ultimate colloquialism for the cold winter season. This phrase has evolved from the religions of the old world, literature personalities, and even pop culture. Throughout the years, the science of the world’s seasons has drastically evolved; however, the characterizations of these seasons – especially “Old Man Winter” – continue to prevail.