Math nerds everywhere are digging into a slice of their favorite pie today to celebrate their most iconic irrational number: pi. After all, March 14, or 3/14, is the perfect time to honor the essential mathematical constant, whose first digits are 3.14. We have scoured the web in search of interesting Pi Day Facts to bring you.

The most recognized mathematical constant is Pi. Pi is often considered as the most intriguing and important number in all of mathematics. Pi, represents the ratio of a circle’s circumference to its diameter. It can be also said as, the number of times a circle’s diameter will fit around its circumference.

Pi, or π, is the ratio of a circle’s circumference to its diameter. Because it is irrational, it can’t be written as a fraction. Instead, it is an infinitely long, non-repeating number.

How was this irrational number discovered, and after thousands of years of being studied, does this number still have any secrets? From the number’s ancient origins to its murky future, here are some of the most surprising facts about pi:

Egyptologists and followers of mysticism have been fascinated for centuries by the fact that the Great Pyramid at Giza seems to approximate pi. The vertical height of the pyramid has the same relationship to the perimeter of its base as the radius of a circle has to its circumference. 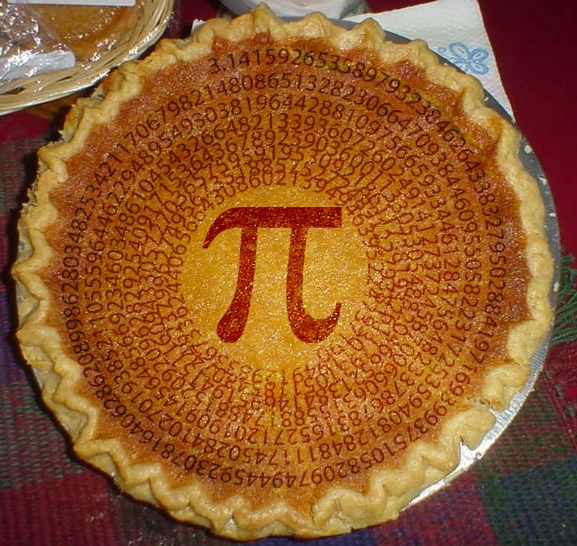 The record for the most digits of pi memorized belongs to Rajveer Meena of Vellore, India, who recited 70,000 decimal places of pi on March 21, 2015, according to Guinness World Records.

Previously, Chao Lu, of China, who recited pi from memory to 67,890 places in 2005, held the record, according to Guinness World Records.

However, the number of decimal places calculated has grown exponentially since pi’s first use. The Babylonians thought the fraction 3 1/8 was good enough in 2000 B.C., while the ancient Chinese and the writers of the Old Testament (Kings 7:23) seemed perfectly happy to use the integer 3. 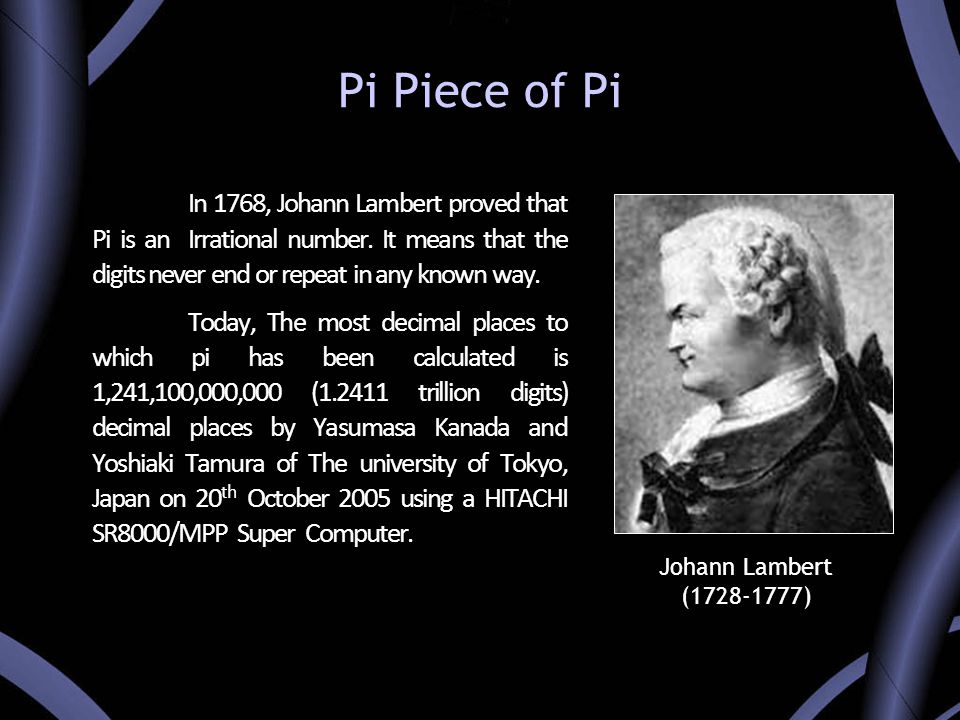 Those who are hoping to calculate pi using an old-fashioned technique can accomplish the task using a ruler, a can and a piece of string, or a protractor and a pencil. The downside of the can method is that it requires a round can. The accuracy is limited by how well a person can loop string around its circumference. Similarly, drawing a circle with a protractor and then measuring its diameter or radius with a ruler involves a fair amount of dexterity and precision.

Computing the value of Pi is a Stress test for a computer. Even computers can’t find the value of Pi. In 2002, a Japanese scientist found 1.24 trillion digits of pi using a powerful computer called the Hitachi SR 8000. This broke all previous records

The King James Bible (I Kings 7:23) gives an approximation of pi in cubits, an archaic unit of a length. This corresponds to the length of the forearm from the elbow to the middle fingertip (estimated at 18 inches, or 46 centimeters), according to the University of Wisconsin-Green Bay.

The Greek mathematician Archimedes (287-212 B.C.) approximated pi using the Pythagorean theorem. This is a geometric relationship between the length of a triangle’s sides and the area of the polygons inside and outside of circles.

Every year, on March 14 (3/14) staff and visitors walk a circular parade (and yes the diameter of the circle is like Pi times its circumference), each holding one of the infinite numbers of Pi.

But Pi Day didn’t become a national event until 2009 when the House of Representatives passed Resolution 224. The goal? An increased interest in math and science.Our favorite pie is Cherry Pie… delicious and gorgeous.

Let the celebrations begin with these fun Pi Day Facts!

Previous Post: « 28 Ugly Halloween Sweaters to Wear This Season
Next Post: How to Make a Perfect Boiled Egg, Every Time, Every Way »