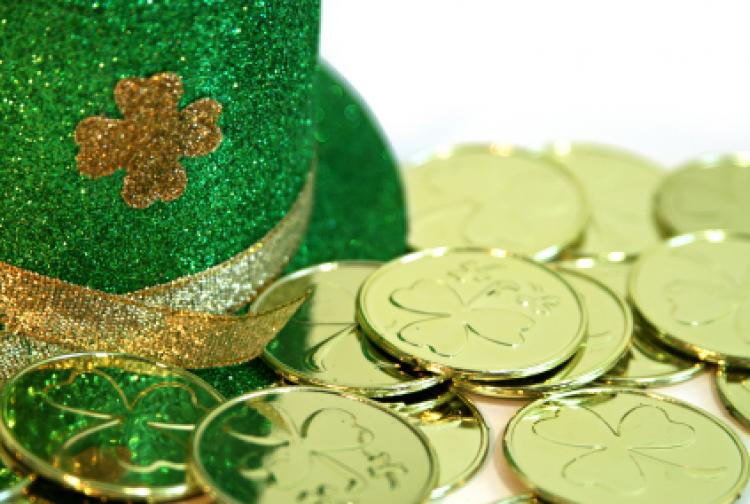 St. Patrick’s Day is a holiday that honors St. Patrick, the Patron Saint of Ireland, and celebrates all things Irish. We are only 7% Irish in my family, but its enough to get us excited to celebrate the fun of Saint Paddy’s day and join in on all the St. Patrick’s Day traditions that we enjoy!

Every year on March 17th, our kids dress up in no pinch green outfits and search the grass for shamrocks. They try to catch the roaming leprechaun in our house who left green foot prints on the toilet seat, and enjoy a fun St. Patrick Day pancake breakfast complete with lucky charm marshmallows and green apple slices.

While the kids are out trying to catch the elusive St. Paddy’s Day leprechaun, the adults have their own celebration planned; stocking up on cases of Guinness beer, Corned beef, and as many green decorations as they can find. Neither kid nor adult appreciate the pinching on St. Pats Day! 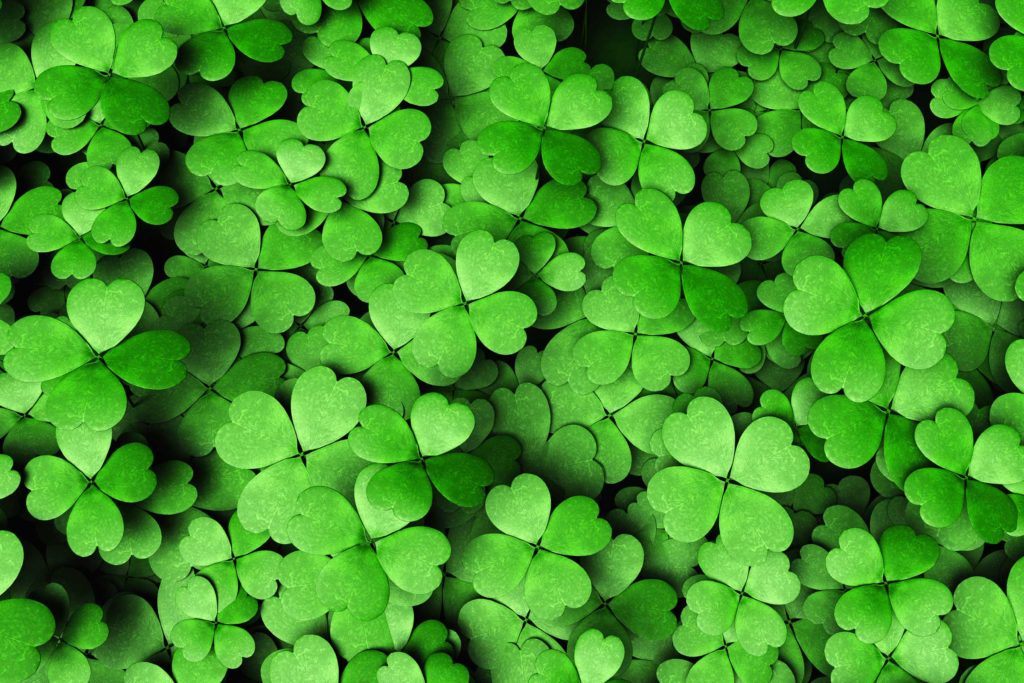 So where did St. Patrick’s Day come from? St. Patrick’s day is a cultural and religious celebration held on 17 March, the traditional death date of Saint Patrick. The Irish have observed this day as a religious holiday for over 1,000 years.

It is observed by the Catholic Church, the Church of Ireland, the Eastern Orthodox Church, and the Lutheran Church. The day honors Saint Patrick and the arrival of Christianity into Ireland. Celebrations of the Irish heritage and culture involve public parades and festivals, wearing green attire or shamrocks.

As the Irish emigrated to the US and other areas around the world, their numbers grew and soon, annual St. Patrick’s Day parades became a show of strength for Irish Americans. Festivities across the globe took place as this Irish Holiday grew in popularity.

According to legend, Saint Patrick used the three-leaved shamrock to explain the Holy Trinity to Irish pagans.

He wore it often to show his faith. The green later became a symbol of the Irish and is worn annually on March 17th to avoid becoming pinched!

The St Patrick’s Day custom of “drowning the shamrock” was historically popular, especially in Ireland. At the end of the nights festivities, a shamrock is put into the bottom of a cup, which is then filled with whiskey, beer, or cider. It is then drunk as a toast to St Patrick, Ireland, or those present.

Besides drinking alcohol, there are a number of traditions that we partake in to appease our Irish ancestors.

Parades: New York City hosted the first St. Patrick’s Day parade in 1762, and by the mid-19th century parades were common.

Catch a Leprechauns: Cute or creepy, these Irish tipsy little men in green attire, come from Irish folklore. Snag one and you can barter his freedom for his treasure. Leprechauns are usually said to be able to grant the person three wishes. But dealing with leprechauns can be a tricky proposition.

Eat: Corned beef and cabbage is a classic St. Patrick’s Day meal. More American than Irish but it was most affordable meat available back in the 1900s so was commonly used for their feast.

Show Your Colors: The St. Patrick’s Day traditions of wearing a shamrock to celebrate Saint Patrick seems to date from the seventeenth or eighteenth century. The shamrocks are blessed and worn to prove their true Irish heritage. Many people (Irish or not)wear something green on St Patrick ’s Day to celebrate their Irish ancestors or support for the Irish.

The Shamrock: According to legend St. Patrick used the three leaf clover (or shamrock) to explain the Trinity. It is also the national flower/emblem of Ireland.

Irish Pubs: Did you know that pubs in Ireland had to remain shut for the St Patrick’s Day Holiday? It wasn’t until the late 1970’s the Irish law permitted pubs to open their doors on March 17th.

Leprechauns: According to Irish legends, people lucky enough to find a leprechaun and capture him (or, in some stories, steal his magical ring, coin or amulet) got to keep his pot of gold.

Pinching On St. Pat’s Day: Apparently, leprechauns can’t be seen. They’re mischievous, so people pinch you to remind you that if you’re not wearing green, you’ll get pinched by a leprechaun.

Beverage of Choice: Beer (Dyed Green Beer) is one of the most widely consumed beverages on St. Patrick’s Day. I suppose your green tongue could also be considered your green attire 😉